Hawke's Bay winemakers are fizzing over what they say could be one of the region's best vintages of all times...

"The buzz started when the grapes started, when we were about halfway through vintage I think", says Hawke's Bay Winegrowers chairman Michael Henley. "People were starting to bank some pretty good fruit and the weather was behaving."

The 'buzz' is the excitement in Hawke's Bay around the 2019 vintage, one which Henley says could very well go down in history as one of the region's best.

"The winemakers are struggling to find a variety that didn't perform," he says. "And that goes outside of Chardonnay, Syrah and all the blends - the Pinot Gris, everything that came in was just looking fantastic and that's quite rare."

With 22 vintages in Hawke's Bay under his belt, Trinity Hill winemaker Warren Gibson agrees that it was exceptional. "You could easily say there were seasons that were at least as good, but it would be in the top 20%. In terms of the wine we have, I think it's certainly one of the best seasons we've ever had."

Hugh Crichton, Chief Winemaker at Vidal Estate had a similar experience. "It's a rarity that all varietals in what is a reasonably diverse winegrowing region really sing, but this year is different. I've never seen such a strong group of wines in our cellar at Vidal Estate and we're not the only producers with this sentiment." 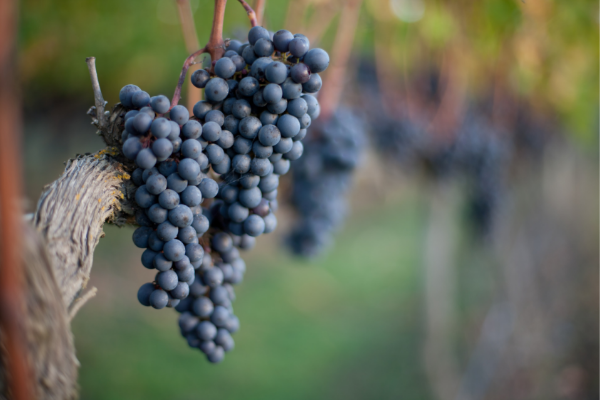 For Julian Grounds, the newly appointment Chief Winemaker at Craggy Range, 2019 was a wonderful introduction to vintage in Hawke's Bay: "I can only sum up this vintage in one word: 'sublime'."

The region enjoyed a long, hot autumn, a welcome reprieve from the extensive rains before Christmas that had kept vineyards busy. Hawke's Bay Winegrowers say the hot days and moderate-cool nights allowed for perfect ripening conditions, while preserving fresh acidity. With no rain events on the horizon, individual winemakers could decide exactly when they wanted to pick.

"This was one of those years where you could do whatever you wanted" says Mat Kirby, winemaker at Clearview Estate. "You could get it as ripe as you wanted, or pick it at the exact moment that you feel is the best expression of the particular vineyard that you are dealing with at the time and make that dream wine."

The increasing maturity of the region and expertise of those working in it are also key to the success of a vintage like 2019, points out Pernod Ricard Regional Winemaker Chris Scott. "The vines are just that little bit older, the winemakers are a little bit smarter, the viticulturists have learnt a bit more. So every time you get a year like this in an industry that's still relatively young, like ours, I think it sets a new benchmark. It's pretty exciting, you'll see some of the best wines that have come out of the region I suspect." 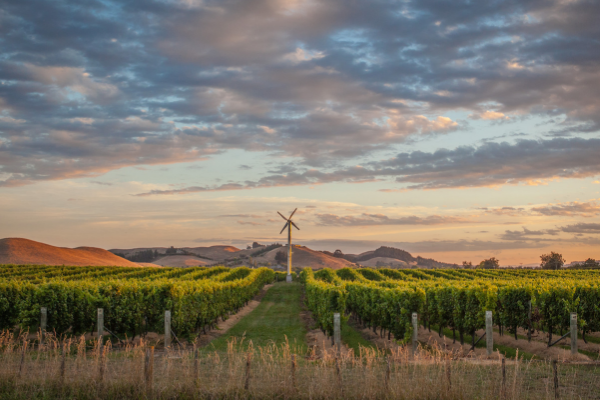 For Warren Gibson, this vintage presents an excellent opportunity to emphasis Hawke's Bay's strength as a producer of world-class wines and to widen the international spotlight that is already on New Zealand Sauvignon Black and Pinot Noir. "Being the second largest wine region in New Zealand we really need to tell that story. We're not just a one-trick or two-trick pony, and some of the other varietals that have been traditionally grown in Hawke's Bay are very important to the present and the future of our industry, and that's where the premium end of the market is."

Hawke's Bay Winegrowers Chairman Michael Henley agrees: "The 2019 vintage will produce wines that will further establish Hawke's Bay as one of the great wine regions of the world, recognised in particular for its Chardonnay, Syrah and Cabernet Sauvignon/Merlot blends. These are very good times for our region."

The Winemakers on Vintage 2019

On deciding when to pick...
Mat Kirby - Clearview Estate
"When you're looking at a weather forecast and there's no rain at all for the next 10-14 days and you're almost at the perfect ripeness, then in that next 10-day period you've got to decide when is the optimal time, because everyone is having a great year.
It's a lot more pressure. That was the banter, that sort of "oh hell we're going to have to remember how to make picking decision!'
The consumer and critics will be able to see exactly what each producer's about this year because there's no other reason not to make the exact style of wine that you're trying to make from your particular vineyard, because this year you had all the tools to do it."

Warren Gibson - Trinity Hill
"Normally I don't have to think too much - we pick because we have to! We've been joking about that. It sounds really easy to pick everything at the right time, but we're working a limited resource with our labour and handpicking and all these other things.
A good season like this makes things a lot easier - whereas if there's a cyclone coming and every producer wants to hand pick that day then there's just not the number of people to do it. There are lots of benefits to a good season - not just the wine quality - it makes all of the logistics a lot easier as well.
In some ways, it's more the style that your picking decisions influence.
So if you pick earlier you might get a little more fresh fruit and less alcohol, then if you pick a bit later your might more of a robust style."

Chris Scott - Pernod Ricard
"When your get the opportunity just to be out looking at fruit, tasting the fruit, and picking purely based on what you think is going to make the best wine possible then that is a very nice position to be in. It requires a lot of time walking through vineyards eating grapes though!"

On the highlights...
Mat Kirby - Cleaview Estate
"For me, it was really looking at acidity, particularly for Chardonnay and Sauvignon Blanc. If you get your acid just right, and that's what you could do this year in Chardonnay, then you're probably making a wine that is that upper tier fine wine sort of spectrum.
We had a lot of Chardonnay plantings coming on this year too. Chardonnay as a first year crop typically doesn't really do well so I'm quite excited. We've probably ended up with about 10 tonnes of first crop fruit and that's looking really spectacular.
Our demand still out-weighs our supply - this was our biggest harvest so far ever at Clearview. We're pretty excited to be having our biggest harvest in such a strong quality year - it means we've got lots of exciting wine coming out."

Warren Gibson - Trinity Hill
"For us, it's the ones that we should really be championing with Hawke's Bay - so Chardonnay particularly and Syrah were strong. The Bordeaux family was strong. We have two hectares of Tempranillo planted, it's one of those varietals that rides out the more difficult seasons and doesn't show the peaks and troughs of the other varietals and it was very strong too."

Chris Scott - Pernod Ricard
"It was just really good across the board. It's sort of early days but at this stage I would say Syrah and Chardonnay were absolutely fantastic. Pinot Gris was beautiful and clean and looking really good.
I don't think we'll struggle to make TOM this year, so it'll be TOM in all three: the Chardonnay, Syrah and the Bordeaux red.
I think the signs are there for an all-time great vintage. In those really great vintages you get wines - particularly in the red wines - that you can drink when they're three weeks old. You can tell that they're solid wines and going to age very well but there's a ripeness to the tannin structure that means they're also very approachable as young wines. In the top end of all those wines we've seen that approachability, there's just a lovely density and concentration and a fine, ripe tannin structure and beautiful fragrance. Everything looks a million dollars at the moment.