From celebrated wineries and craft breweries to bars for all occasions. Hawke’s Bay’s drink scene will quench any thirst.

To make a great chardonnay, first you take an egg. That’s the recipe that Tony Bish uses at The Urban Winery, in Napier’s most iconic art deco building – the historic National Tobacco Company building, more commonly known as the Rothmans Building. And Bish should know: he was the winemaker for Sacred Hill, celebrated for its chardonnays. For 32 years from its founding year in 1986 until he decided to start his own city-based winery and wine bar. It opened last October in the elegantly refurbished premises. Just inside the door is the barrel room where, beside rows of gently maturing wines, is a giant wooden egg. To the side are three concrete ones. 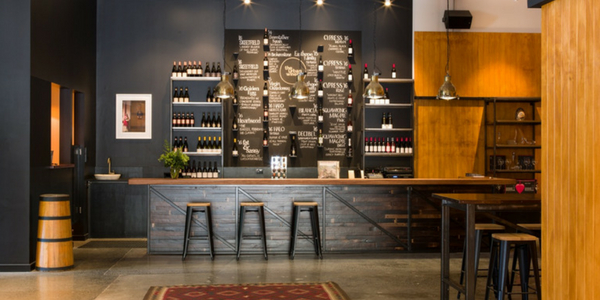 While visiting South America, Bish saw wineries using concrete eggs to process wine as well as more conventional stainless-steel tanks and oak barrels. The egg processes wine in the same way as a barrel, except it also does the stirring. Bish imported the $55,000 wooden egg from France, then teamed up with local firm to make concrete versions. They weigh 2.2 tonnes and hold 2400 bottles of wine, and Bish is now exporting them to Australia. The juice is held in the egg for a year, then finished in a bottle.

Bish says his winery/cellar door (which carries a few special vintages from artisan wine-making mates around the Bay) is “a temple to chardonnay.” New Zealand’s most advanced craft brewery is also on site; soon there be a gin distillery, too. “Gin, beer, wine in an old tobacco warehouse. We’ve got almost all the sins covered,” jokes Bish.

Gerard Barron’s mainstreet Hastings bar doesn’t live up to its name: it’s called Common Room, but it’s anything but common. The space is filled with esoterica, from musical instruments to memorabilia from long-gone pubs and kitsh art prints. Barron and wife, Jess, set up the Common Room as a relaxed place for adults to enjoy a drink and decent conversation. Soon after, the nearby Opera House was closed for earthquake strengthening, putting a dampener on Hastings’ nightlife. The Common Room has become a popular gathering place. Nearby, Barron says, independent traders, food stores and cafes are opening all the time, bringing a new vibe into the city. 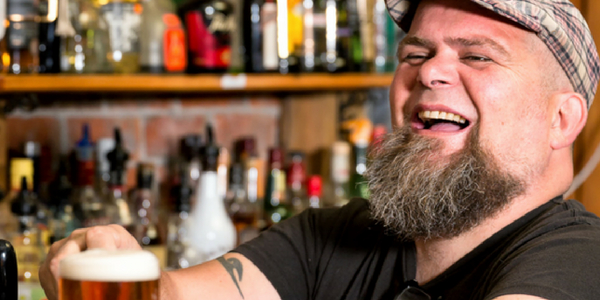 Nadia Nazaryeva has brightened up Napier’s wine bar scene: her new venture, Matisse, stands boldly with its exterior decked in the vivid colour s that the French impressionist would have applauded. Inside the art deco building, there is a sensuous tapas offering and an unashamedly global wine list, with more names you won’t recognise than those you will. 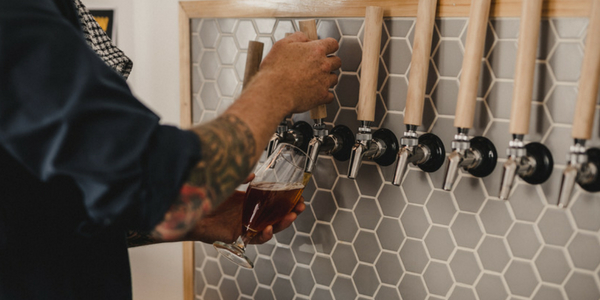 The Bay is so well known for its wine that it’s be a brave man who started a brewery. That man is Matt Smith and his craft beer enterprise is – appropriately – Brave Brewing. Launched three years ago in his garage, Smith won seven medals at last year’s NZ Beer Awards. Unlike many so-called craft beers, which have given their production over to contract breweries asn sell their beverages in supermarkets, Smith and wife, Gemma, have chosen to keep a “brew local, drink local” philosophy.

- Read your way around Napier with 'Words on Walls'

While you are here...

Spanish Flair
Give the award-winning drinks list a try at Deliciosa, Havelock North.