Bean to Brew in Havelock North

The couple behind the award-winning Hawthorne Coffee roastery.

What Tom and Benita Ormond knew about business when they took over a prominent Hawke’s Bay coffee roastery could have been written on one of those nuggety brown beans. Now they are winning awards.

Tom remembers plunging a lot of coffee for film crews when he worked as a production assistant. He didn't realise then that he would one day also take the plunge, roasting and delivering a brand of coffee from bean to brew. Tom and his wife Benita look back on their early days of running Hawthorn Coffee and laugh at their naivety. Hawke's Bay's first coffee roasting and espresso bar had a solid location reputation when they took it over. Tom and Benita felt the pressure. "We were very green at the start, and there's no denying that. We threw ourselves in and had to swim pretty darn quick, but we managed to keep the business afloat and have proved something to ourselves and those around us" says Tom. 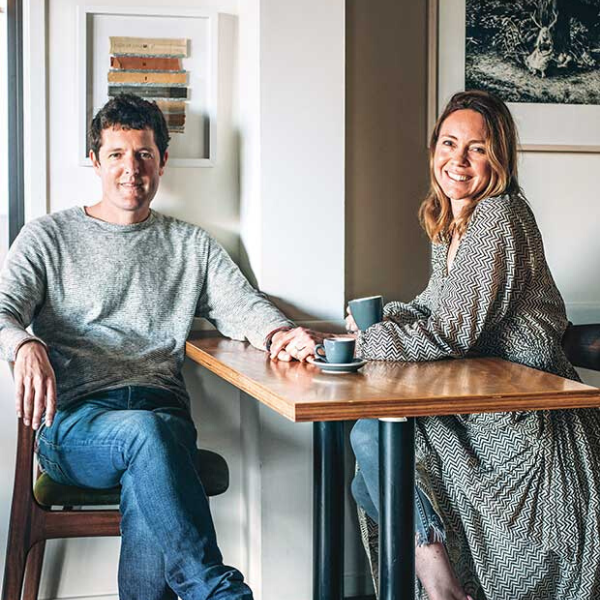 Skip forward 12 years and this lively coffee hub is collecting industry medals almost as fast as its owners can churn out the flat whites. Since opening in 1999, Hawthorn has picked up more medals at he annual New Zealand Coffee Awards than any other roastery - a little-known fact with the locals, and just how Tom and Benita like it. They have no interest in boasting. But with 26 medals to their name and Hawthorne named Hawke's Bay's best coffee house for three years running, the business is riding the crest of its own crema.

Entering the highly competitive coffee industry was a deviation for both of them - Tom a unit manager and production assistant and Benita an artist and café worker. The opportunity to break into coffee came on their return from a working holiday in Scotland. Hawthorne was up for sale and Benita's father Ben saw its potential. Not only that, he had the perfect candidates in mind to run it.

Then in their mid-20s, the pair had energy and drive so set to work learning about small-business ownership and specialised craft of roasting and making coffee. "We worked damned hard at the start getting up to speed on the mechanics of the business. With a small team of five, we had to be everywhere and across everything. Benita was on accounts and managed the espresso bar while I tinkered away like a laboratory technician perfecting the brand's blend," say Tom. 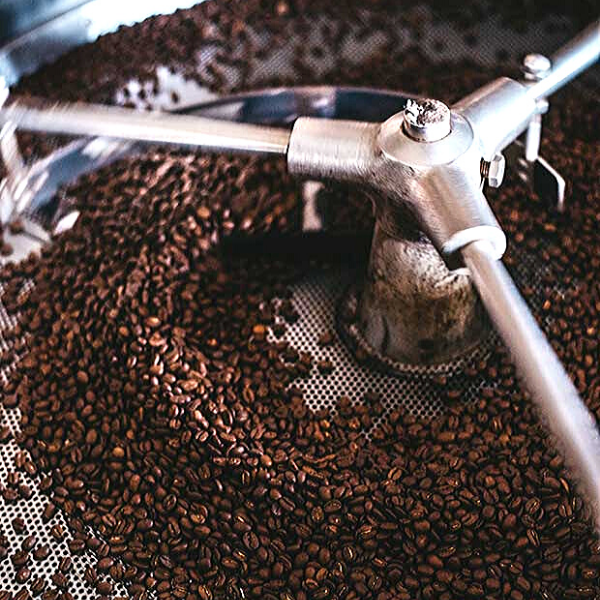 "It was intense, and there were times when I wondered what the hell we had got ourselves into, but customer feedback was positive which gave us the confidence to keep going." Hawthorne gave Tom the chance to combine his hospitality skills and affinity for machinery with and established fondness for beverages. Add in Benita's vivaciousness and love of hosting a party and the couple's combined strengths added up to success. "The essence of our business is having an awesome team, great coffee, hard work, consistency, excellent service and innovation. Our coffee makes people happy and I think happiness is success," says Benita.

Tom is adamant a total rebrand early on helped stamp the couple's mark on the operation. But they also adopted the adage "why fix what isn't broken?" "We took over a business and a brand and worked hard to make them reflect Hawke's Bay, the village of Havelock North and the social aspect of Hawthorne. "The key is that we've been able to keep improving as better green coffee has become available. Also , the way in which we roast the coffee has changed dramatically with the help of technology and education. "It's a bit like winemaking. We're taking the best possible ingredients and striving to extract maximum flavour from every bean. We do this by managing the heat and duration of our roasts using roasting-profile software and our German Probat coffee roaster," say Tom. 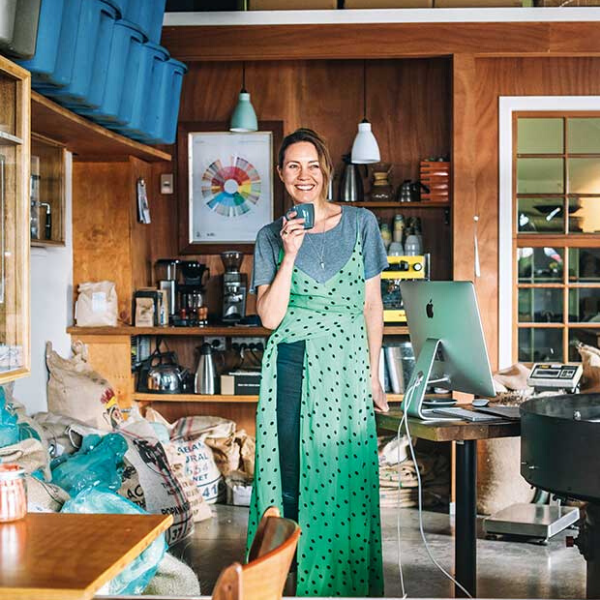 "Each bean has a distinct taste depending on its origin, variety, processing and roast development. This is why roast profiles , cupping, brewing and precise extraction are imperative to achieving the most delicious, well-rounded, well-balanced cup of coffee." They might not be old enough to drink it, but Tom and Benita's three children - Raf, Olympia and Farrah - have also inherited their parents' nose for coffee. "When the coffee beans are being roasted, Half of Havelock is enveloped in a think, toasty aroma. Even the kids on their way to school shriek, 'mmmm, Mum, we can smell Daddy this morning' from the backseat of the car," laughs Benita. With persistence comes pay-off. 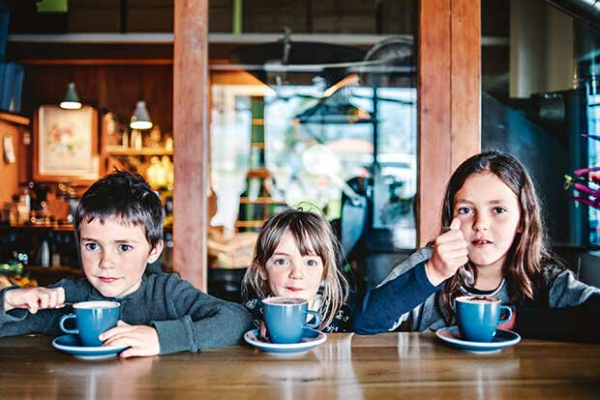 Many of Hawke's Bay's award-winning wineries, cafes and restaurants, local grocers and offices now serve Hawthorne coffee, nationally, the brand is also making inroads. And remember Tom's partiality for a tasty beverage? Well, he has the drink menu covered with a foray into craft beer with his brother Chris and "brewmance" mate George Mackenzie. Converting a dungeon-like garage into a bright, welcoming space for beer aficionado Chris to brew his Giant beer and host tastings has been accomplished on a tight budget. "The three of us have always enjoyed drinking good beer. It became a bit of a ritual to home-brew before a band session, and it just grew from there," says recreational musician Tom. He's even infiltrated a beer with infused with, yep, Hawthorne coffee beans - the Giant White Stout. 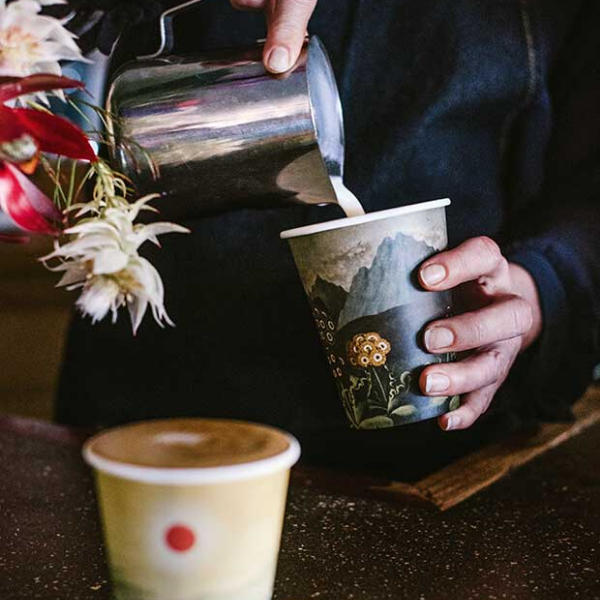 An American pale ale, New Zealand PA and local favourite Hawke's Bay PA join the Giant line-up, with Tom revealing the local seasonal brew is distinct because its hops are all grown n Hawke's Bay. As the name suggests, it hoped Giant can stand out from the crowd in a fast-growing niche market. But if not, flying under the radar is just fine for the brew crew. "Hawke's Bay sunshine, big views and a healthy, creative and simple life spent with family, frends and community is what we hold close. This is what we work for," says Benita.